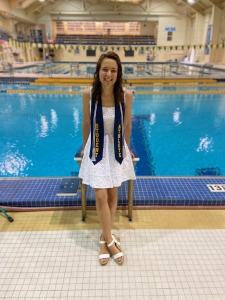 We are very excited to announce that we have hired Jamie Bowne as our new Head Swim Team Coach for the Summer of 2022.  Jamie is a graduate student at The College of New Jersey.  She grew up within the Tri-County swimming community as a swimmer at Woodstream Swim Club from a very young age until her high school graduation. Jamie also swam at Cherokee High School, GPAC, and Jersey Wahoos. She completed her undergraduate education in Psychology at TCNJ while swimming on the Women’s Varsity Swim Team. Jamie continues to swim in graduate school, competing mostly in the 100 fly, 200 fly, 200 IM, and 200 free. She was unable to swim in her junior year due to health reasons, but continued to work with the team as the team manager while she recovered, which gave her valuable experience coaching at the collegiate level. Currently, Jamie works as a coach for Eastern Express Swim Team for all age groups and as a lifeguarding instructor for Middle Atlantic Safety Training. Jamie is excited to be joining the Sunnybrook Swim Team as head coach for the upcoming Summer season! Jamie can be reached at: swimteamcoach@sunnybrookswimclub.org. 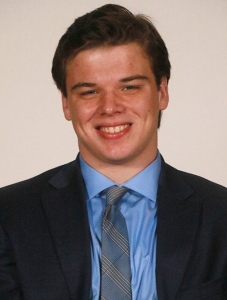 Kevin Foley has been in and around the sport of swimming his entire life. He first began swimming competitively at 5 years old for Woodstream Swim Club in Marlton, NJ. There, he spent 14 years on the team and laid the groundwork for a successful swimming career. In 2014, he began swimming for Jersey Wahoos in Mt. Laurel, NJ, and beginning a year later spent four years as a member and eventual senior captain of the Cherokee High School Men’s Swim Team. Academically, Kevin graduated from Cherokee in 2019 as a member of the National Honor Society and is now currently studying Politics, Government, and Law with a minor in Law and Public Policy at Arcadia University in Glenside, PA. In college, Kevin has spent three seasons as a member of Arcadia’s Men’s Swim Team while being involved in multiple other clubs and extracurricular activities at school. 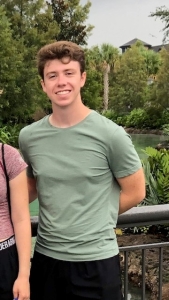 Ryan was a part of the Varsity Swim Team at Camden County Technical throughout high school. He performed in the 200 Individual Medley, 100 Butterfly, 100 Backstroke, and all of the relays. He has been a lifeguard for the last 4 years at the Stratford Swim Club and is also a Swim Instructor at the British Swim School. Ryan is currently pursuing his undergraduate degree at Camden County College and will transfer to Stockton University to pursue his dream of becoming a high school U.S. History teacher.